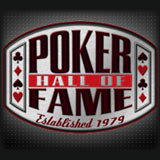 The 10 nominations for the 2013 Poker Hall of Fame are out with some big names on the final list including: Scotty Nguyen, Mike Matusow, Huck Seed, Tom McEvoy and Jennifer Harman.

The annual Poker Hall of Fame welcomes two players into an elite group of poker pros or contributed to the game of poker.

The two players who are chosen for the WSOP Poker Hall of Fame 2013 will be inducted just before the final table of the 2013 World Series of Poker Main Event.

In total there are only 40 members that make up the PHOF and only 18 players who are still alive.

Update: The two members of the 2013 Poker Hall of Fame are Scotty Nguyen and Tom McEvoy.

The 10 nominated players have all achieved alot throughout their careers which makes selecting the two players this year difficult.

Mike Matusow and Scotty Nguyen seem to be the favorites to be selected, see the list of finalists below.

Nominations for the 2013 Poker Hall of Fame

To become a honorable member of the Poker Hall of Fame players must meet the following criteria:

Mike Matusow threatens to punch players in the face if they slowroll him on the Poker Night in America show. Matusow is a legend of poker but he is not called The Mouth for no reason and he is not gaining the respect of peers in this game.

Another legend Scotty Nguyen, the prince of poker, a loveable character who sometimes drinks too much while he plays.

This does not stop the drunk Scotty Nguyen from winning the 2008 WSOP $50,000 HORSE event but at the same time he breaks all the rules and displays terrible poker etiquette: drunk, swearing, showing cards and berating other players at the table.

Arguably the best NL holdem poker player with 13 WSOP bracelets to his name, Phil Hellmuth was inducted into the 2007 Poker Hall of Fame. Here is a 12 minute video compilation of Phil Hellmuth Blow Ups where he berating players and simply loses the plot when he is up against a bad beat or what he considers bad play.

They could probably compile a DVD with Phil Hellmuth Blow Ups, lately Hellmuth seems to have learnt to keep his calm in these situations.