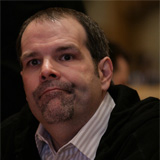 Last week at the World Series of Poker we saw the return of Jesus, Chris Ferguson showed his face for the first time since Black Friday and played the $10,000 Seven Card Stud Championship event.

Following the release of Howard Lederer's apology statement to the poker community prior to the start of the WSOP, it was expected that he would make an appearance.

Lederer registered and played the $10,000 2-7 Single Draw Championship event, his presence has upset many players who were affected by frozen Full Tilt Poker funds.

Since both players have broken the ice by playing events at the 2016 World Series of Poker, we can be sure to see them seated at other events in the series.

Neither of the former FullTilt owners are responding to questions from the media stating that they are just there to play or that statements have already been given.

The events that they have entered have had smaller fields of players registered, one has to wonder how things will go down if they both played a popular tournament like the 2016 WSOP Main Event. I think many players will want to at least exchange a few harsh words at the table and when passing them in the hallways.

Judging by the comments seen on poker news websites and social media, The Professor and Jesus are not welcome and players are upset that they are allowed to play the series.

One comment mentioned that if you are caught smoking cannabis in the Rio parking lot you'll be banned for life, but if you steal millions from the community you're all good to play.

Howard Lederer is here at the WSOP. pic.twitter.com/6LrfrkpH0e

This is Howard Lederer's first revisit to the World Series of Poker since 2010, he has however made a few appearances at local casinos playing mostly in private rooms.

Lederer registered for the 2-7 Single Draw Championship event after the first break and declined to respond to the press saying that he has already given his statement.

Howard's statement does seem to show some sort of remorse but the fact that it was written five years later and now knowing it's intent was to allow him to show up and play the WSOP again. If he has the balls to play he should man-up and face the press or just go back into hiding like he has for the last five years.

Although Chris Ferguson is an accomplice in the demise of Full Tilt Poker having helped develop the software in the early stages of the online poker site. With so many questions left unanswered it is not that known how much Ferguson was involved in the last few years of FullTilt.

Those who know him say he is a generous person who would never knowingly steal from poker players as it's not in his character.

By keeping quite and not answering players and media concerns it makes Jesus look guilty. If all that Ferguson can say to the community is "I'm just here to play poker." and not even offer some sort of remorse or apology then maybe he should also reconsider returning to the 2016 World Series of Poker.

It kind of sounds like he is saying leave me alone, I'm just here to take your money AGAIN!