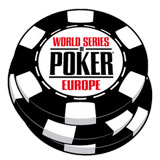 The champion was determined after a four hour heads-up match between Marti Roca de Torres and runner-up Gianluca Speranza.

Roca de Torres claims his biggest win to date adding over a million Euros to his tournament career earnings along with the title of 2017 WSOPE Main Event champion.

Maria Ho was the chip leader at the start of the final day of the World Series of Poker Europe Main Event 2017. Maria Ho was eliminated in 6th place by Roca de Torres in a double knock-out which included (event 9 bracelet winner) Niall Farrell in 5th place.

Gianluca Speranza was the most experienced player of the heads-up match as he had already played a heads-up match in the 2011 WSOPE event where he finished as runner-up.

Unfortunately for Speranza, history repeated itself when Roca de Torres prevented Speranza from claiming the most prestigious title for poker in Europe.

888poker are the official sponsors of the 2017 World Series of Poker Europe, see the video interview below with the 2017 WSOPE Main Event Winner - Marti Roca de Torres

Download 888poker or get the 888 poker app for your mobile device! Double your first deposit up to $400.