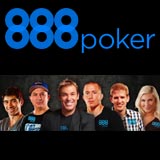 Two new 888Poker Ambassadors have been added to Team 888 Poker, Xuan Liu and Sofia Lövgren. The two female poker pros combined have more than $1.5 million in live tournament earnings in their careers.

Sam Holden has just left the team and announced his semi-retirement from poker and is taking time out to get a degree in philosophy.

The list of 888poker Ambassadors is growing with two new additions to the poker pro roster. 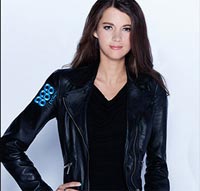 Former first lady PKR pro, Sofia Lövgren has just joined Team 888 Poker as an ambassador for the brand. Lövgren is very active on the European live poker tournament circuit by managing to grind her way to the top by playing low stakes poker cash games.

The female poker pro has made a name in her short career which started in 2010. Lövgren will be an active member of the 888poker community and can be found playing online regularly as cash games is her specialty. 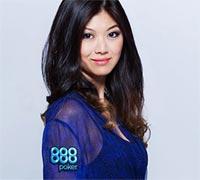 Xuan Liu another great addition to Team 888poker, the talented poker pro has achieved more than a million in live tournament earnings within a year while traveling in Europe.

Canadian born, Xuan Liu discovered poker while at University and took up the game professional.

Xuan Liu proudly wears her new patch as she represents her team as an 888 poker ambassador.

888poker have added a bounty freeroll tournament to welcome the two new ambassadors to the site. The freeroll is open to all players who have made a deposit at 888poker.

Shane Warne is the captain of team 888poker, the former Australian cricket player joined 888poker as an ambassador for the brand in 2008.

Warne has not yet achieved any major cashes but is a keen poker player and spokesperson.

Georges St-Pierre has no major career highlights just yet but has is an excellent 888poker ambassador for Canadian players.

Tran brings his years of experience to the team with more than $11 million in live poker tournament cashes earning two WSOP bracelets and two WPT titles.

JC Tran is currently the only USA poker pro on the team and is based in California where online poker may soon be regulated.

Sam Holden was accepted into he University of Kent where he will spend the next three years completing his degree in philosophy. Sam Holden announced his semi-retirement from poker until he completes his studies

Holdem leaves the team after three years as an 888poker ambassador earning more than a million in live poker tournament earnings. His biggest achievement was 2011 WSOP Main Event November Nine.