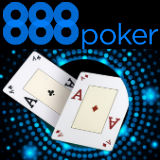 888poker disconnection issues are still currently being addressed after having serious server issues over the last few weeks leaving many of it's customers in the dark.

Today an email was sent out apologizing for the technical issues which is related to their internet service providers.

Players having been complaining on the 888poker social site and forums with little explanation or compensation for their losses during tournaments.

The 888poker disconnection issues have not yet been repaired and the popular online poker site have implemented a new system that will pause all tournament play while experiencing technical difficulties.

An email was sent out titled We are sorry with the following statement regarding the 888poker disconnection issues:

Over the past few weeks, 888poker has experienced some serious technical issues due to problems with our internet service providers. These issues may have in turn caused a number of disconnections which may have resulted in severe disruptions to your games.

We would like to assure you that resolving these issues is our number one priority and we are working around the clock to ensure these interruptions come to an end. On top of major connectivity enhancements, in the coming days we will add a “pause tournament” feature that will enable us to temporarily pause tournaments whenever we notice high level of network disruptions. All tournament clocks will standstill during this pause – same as in the hourly break of the tournaments. We will resume the tournaments once the network returns to normal behavior.

We sincerely apologize for any inconvenience this has caused. - 888poker Team

It's great that they finally acknowledged the problem although it's taken several weeks to admit it. Often responding to those directly affected with entries to freeroll tournaments as compensation.

The new tournament pause feature does not solve the 888poker disconnection issues and may become very annoying to players who will have to patiently wait for the servers to return to normal functionality.

Players have flooded the forums and blogs with their issues often stating that it's the final straw and will no longer be playing on the 888poker software any more.

Moderators of the my.888poker site have urged players to send their details of how and when they were affected to the 888 Poker Support Team - support@888poker.com

The support team have not been efficient enough in their response times with over 72 hours before replying to it's customers leaving players even more dissatisfied about the 888poker disconnection issues.

Download 888 poker - signup and get your free bonus and tournament tickets.

Hopefully the 888poker technical difficulties with their internet service providers will be addressed shortly so game-play can continue as normal.