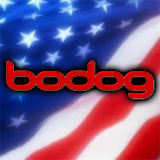 Bodog Poker will stop accepting US players in 2012, the latest news is that BodogPoker plan to leave the US market when their gaming license expires at the end of the year. Bodog is a UK based company who have recently been approved for a UK gambling license.

While Full Tilt Poker servers still remains closed to the entire World, the hearing to re-instate their gaming license has been further delayed until September 2011.

Carbon Poker has blocked sign-ups from new US Players, but will allow new sign-ups soon.

Bodog Poker is still legal for USA Poker players just until the end of the year 2011 when their license with Morris Mohawk Gaming expires. Yet another poker room leaving the US market and leaving US players with less choices to play poker online.

Bodog Poker was a great alternative site for US players when the top online poker rooms were forced to stop serving the US market in what was labeled as Black Friday when the FBI and DOJ blocked several domain names earlier this year (15 April 2011).

Bodog will focus their attention on the UK market for which they recently acquired their UK gambling license, other target markets include Asia.

Full Tilt Poker servers will still remain closed, the online poker room have had their gaming license suspended by the Alderney Gambling Control Commission since the 29 June 2011. A public hearing to re-instate their license took place last Tuesday, representatives from Full Tilt Poker requested that the meeting be adjourned and continue in September 2011 at a private hearing.

This means several months of no income for the popular online poker site, while they are in negotiations with a potential investor. The future of Full Tilt Poker is still uncertain at this stage and the company is losing the respect of the poker community who have not been able to withdraw funds since Black Friday.

Why is Carbon Poker not accepting new US players?

Carbon Poker have stop accepting new US players about a month after Black Friday, the reason for this is that they experienced a surge of traffic up to 76% and could not offer the support and service to these new players. CarbonPoker decided that it was in the best interest of the players to prevent new US players from signing up until further notice.

Carbon Poker and other Merge Network sites like Aced Poker will continue to accept new US players within the next few days.