Full-Tilt-Poker bonus code WAP gives new players making their first deposit a welcome bonus where FullTilt Poker match their deposit with as much as 100% of the deposit up to $600. 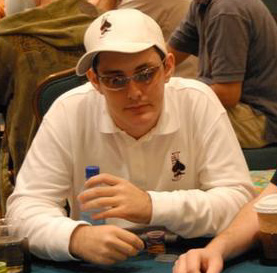 Justin was born on 8th January 1988 in Hartford, Connecticut but grew up in Kissimmee, Florida. Justin in well known as an online player who plays high-stakes mixed games at FullTiltPoker using the nickname BoostedJ. In February 2007, Smith finished the FTOPS III Omaha 8 or better event in 5th place, and then five days later he chopped the FTOPS NLHE Main Event for a $232,000 win earning FTOPS Player of the Series honours.

Smith became the very first player in WPT history to sustain a serious injury when he tore several ligaments in his left knee at a televised final table while celebrating a hand he won at the Bellagio Cup V against Alex Gomes, Smith held A 3 and Gomes pocket 3's the board was J-4-4-5 and as the river showed another J Smith leapt up into the air causing the injury leaving him to complete the final table with an ice pack on his knee to dull the pain.

September 2008 saw Smith finish in 14th position during the WSOPE £5,000 buy in Pot-Limit Omaha event followed shortly after by a 16th place win in the £10,000 Main Event where he picked up a severe bout of the flu with 102 degree fever coupled with fatigue that saw Smith napping between hands.

Smith is an instructor for Daniel Negreanu's PokerVT training site.

Claim your $600 Full Tilt Poker bonus now by depositing for the first time get a 100% deposit match bonus up to $600 for new signing up players to FullTilt as a welcome bonus when using FullTiltPoker bonus-code WAP.