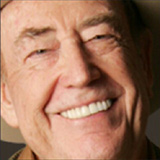 The Doyle Brunson Dead Rumor has started spreading again when in fact he is alive but not 100% well as he had to undergo surgery this week to remove melanoma growths on his head.

The surgery has been a success as the poker legend has returned to Twitter in good spirits posting some humorous tweets just days after his 12th major surgery.

He tweeted a graphic photo of the surgery scars and also announced that he was all clear but still in a bit of pain.

Brunson also accused Daniel Negreanu of paying off the doctor to extract years of poker knowledge from his brain.

Doyle Brunson announced that he was due for his third surgery on his cancerous melanoma growths in February. The news didn't seem to get the poker pro down as he still managed to find humor out of the situation and tweeted the following messages with his announcement.

Got my 3rd melanoma confirmed today.Early stages, should be simple operation.Fortunately, it's on my head and everybody knows I'm hardheaded — Doyle Brunson (@TexDolly) February 5, 2015

Simple or not, this will be my 12th major operation. Gonna play poker now because i always heard u get lucky right before u die.#justsaying — Doyle Brunson (@TexDolly) February 5, 2015

The Doyle Brunson Dead rumors started up again and condolence phone calls and messages to his family members were sent out by concerned friends and fans.

Brunson currently 81 years of age had a successful operation at a hospital in Phoenix, Arizona. The melanoma growths were surgically removed and he was given the all clear news.

Doyle Brunson took to twitter to upload a photo of the surgery scars on his head. His humor returned just two days later saying that Daniel Negreanu failed to extract all his poker knowledge after paying off the doctor.

Found out this big incision on my head is where @RealKidPoker paid the doc to try to extract some poker knowledge from my head. — Doyle Brunson (@TexDolly) March 5, 2015