During the European soccer world cup PartyPoker along with PartyBets have an exciting promotion to take part in named PartyBets Euro Extra Time tournament when the final whistle blows on each match day of European Soccer World Cup 2008 you can turn goals into cash.

Tournaments with a guaranteed minimum prize pool will be held on each match day from June 7 through 29th of June.

If you earn just one PartyPoint (between 00:00 Eastern Time until 15:30 Eastern Time) at PartyPoker or PartyBets on any match day, you can enter the tournament which will take place on that night.

Guaranteed prize pools will be increased with each goal scored on the day.

Each tournament will have a guaranteed minimum prize pool. This will be increased by $100 for each goal scored on the day during the group stages and increased by $200 per goal during the knockout stages. 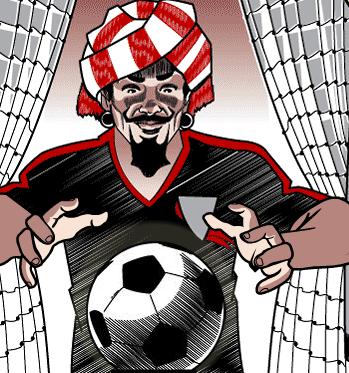 If any game happens to have extra time the tournament will then be moved back to 17:45 Eastern Time (23:45 CET).

What to do when you have earned your PartyPoint