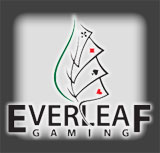 Everleaf Gaming Network closed it's doors to US players last week after receiving threats of legal action from Department of Homeland Security, who have also seized funds from the networks US processor. The Networks regulator, Lottery and Gaming Authority of Malta, suggested that Everleaf Gaming stop offering its services to the US market.

The network which operates more than 100 poker skins had approximately 20% of it's traffic based in the US, PokerScout reported that the network has suffered a 12% decline in traffic since stopping it's operations in the US on 10th February 2012.

In a recent statement Everleaf Gaming says it's business as usual, as it continues to offer it's services worldwide, excluding the United States and France.

"As you are probably aware, Everleaf Gaming stopped players from the US as of February 10th 2012. Reason being that US authorities have seized player’s funds that were in transit to respective members and therefore discontinued Everleaf’s processing channels. Be assured that ELG is doing everything in its power to regain seized funds, until which time we advise that you inform all your US members to contact the authorities. Please note that all non-American players will remain completely unaffected and business will continue as usual and above matter applies SOLELY to USA origin funds/accounts."

"Everleaf Gaming Network announced that It was exiting the US market effective February 9. It appears that Everleaf may not have been as dependent on US players as many had supposed. In the days since the pullout, the network's traffic is down just 12%." - Source: PokerScout

Although Everleaf Gaming accepted US players after Black Friday, it never really targeted or capitalized on the US market, most it's players are based in Europe particularly Italy. Everleaf Gaming have since converted their playing currency from dollars to Euro.

Some of the more popular skins on the Everleaf Gaming Network include: luvinpoker, poker4ever, mintedpoker and uwinpoker.

With Everleaf Gaming out of the US market, the last three remaining online poker rooms: CarbonPoker, CakePoker and Bovada Poker are all that's left in choice for USA players. Remember this when voting in this years elections see Republican Stances Online Poker in the USA.

US players are now limited to just three online poker rooms, we recommended depositing the minimum amount or what you can afford to lose when playing poker online from the US.

Carbon Poker welcomes worldwide deposits including US Players, get an Initial deposit bonus of 100% up to $600

Cake Poker offers online poker games to worldwide poker players including the USA and Europe. Depositing players get a 110% first deposit bonus up $600

Sign-up for a free Brovada account, US poker players can get a 100% welcome bonus up to $1,000 when making a first deposit.

No bonus code required for BovadaPoker, bonus is automatic see our Bovada Poker Review for more.