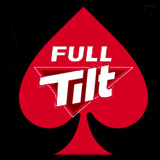 Full Tilt End Game the final chapter of the once popular online poker software comes to an end on May 17 with the FullTilt Merger with PokerStars.

The Full Tilt Poker software will be retired this week when the player database of Full Tilt merges with the PokerStars platform.

Traffic had dwindled considerably since Amaya Gaming acquired the platform in 2012 probably due to the bad reputation the site gained from Black Friday.

After the merger FullTilt will be a poker skin on the PokerStars network sharing the same software and player pool. The change will make it easier for Amaya to update one platform and enter regulated poker markets under a single license.

From May 17 the Full Tilt software will be retired after 12 years of development by former owners: Howard Lederer, Chris Ferguson, Ray Bitar and Rafe Furst.

Since April 2011 when the nightmare that was Black Friday took place and the owners could no longer honor players funds, the site was shut down by the FBI along with PokerStars, Ultimatebet and Absolute Poker.

PokerStars quickly corrected their wrongs and withdrew from the US market and settled their debts with the US government. FullTilt was left in a bad way with players funds frozen and indictments against it's owners.

After sometime PokerStars bailed out Full Tilt Poker by acquiring the companies assets for an amount that would see players eventually getting refunded by the government. PokerStars was later acquired by Amaya Gaming who took over the brands which were owned by the Rational Group.

FullTilt, the fastest growing online poker site became the fastest death of a poker site, it's reputation had killed players hopes of returning despite the change of ownership. In it's glory days prior to Black Friday, FullTilt was the 2nd largest poker site and a major competition to PokerStars.

Currently, the day before the Full Tilt merger with PokerStars, the decrease in traffic is so bad that Full Tilt is ranked in 14th position in the global poker market. This is the final chapter of the Full Tilt End Game saga and most players will benefit with larger playing fields from the merger.

The merger will make life easier for Amaya Gaming on so many levels and for players alike as you'll need one account to login to all the gaming products they offer including: PokerStars, Full Tilt, StarsDraft, BetStars, Duel and new casino platform.

Full Tilt players can expect an email providing them with all the information on the merger and how they will be affected by it, players in some regions may no longer be able to play at PokerStars.

For Amaya the merger will make software updates easier through just one platform instead of two, and less licenses required to enter regulated markets around the World including the USA.

In March 2016, PokerStars returned to the US, for the first time since Black Friday, through the regulated New Jersey market and hopes to expand their territory to California when regulation finally takes place.