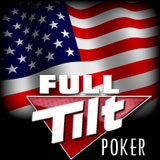 Full Tilt Poker funds will soon be returned to their rightful owners after almost three years since Black Friday.

More than 30,000 USA players are expected to have their funds returned according to a tweet by John Pappas of the Poker Players Alliance.

All players with undisputed claims amounting to over $82 million will be reimbursed over the next few weeks.

The Department of Justice have approved the Garden City Group audit of players funds, however some players may need to resubmit their claims with the correct details as some claims were not correct or not completed.

All players will be contacted shortly by the GCG with the status of their payout and how to get their Full Tilt Poker funds returned.

John Pappas of the Poker Players Alliance has been working alongside the Garden City Group on the Full Tilt Poker claims, Pappas sent out some great news via Twitter yesterday.

The tweets stated that the DoJ have given their approval to refund more than $82 million to 30,000 players, the fulltiltpokerclaims website will be updated later today and that players with undisputed claims should be paid soon.

The process has taken a very long time and petitions for remissions were audited by the Garden City Group who had to match each claim with the data provided by Full Tilt Poker.

Players were contacted by the GCG during the remission process and were given their bankroll balance, players could then accept this amount or contest it if it was incorrect.

Many players failed to complete their submission forms correctly, these players will be given a chance to correct the details and resubmit.

All undisputed claims may be paid out sooner than expected, they may be paid out within a few days not weeks. It seems that outstanding payments for USA FullTilt players will soon be reunited with their long lost poker bankrolls.

BREAKING: PPA spoke to DOJ today re: FTP remission. Good news 4 those with undisputed claims. Should be receiving payment info from GCG soon

BREAKING: GCG should be updating this page in the next 24 hours with info: http://t.co/VJk2jtmEPy