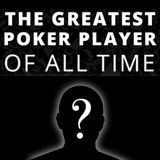 PartyPoker has determined the Greatest Poker Player of All Time by using an in-depth ranking system to calculate the statistics of the best poker players in the World.

The system used eleven different categories to rank players by awarding points to those who have excelled in each division.

The aim was to see who was the best overall player based on their points earned from major poker disciplines.

Read the full article to find out who is The Greatest Poker Player of All Time along with the stats of the top 10 players.

Greatest Poker Player of All Time

PartyPoker have determined who the Greatest Poker Player of All Time is by using a formula that awards points to the top contenders across eleven major areas of poker achievements. 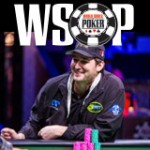 Phil Hellmuth a WSOP Main Event champion, and holds the record for the most WSOP bracelets with fourteen earned to date.

With about $20 million in career earnings Hellmuth ranks in 7th place in the poker all time money list. Phil has raised the same amount he as earn for charity $20 million, his goal is $100 million.

Other WSOP achievements include: most WSOP cashes and most WSOP final table appearances.

T.J. Cloutier is one of the great tournament poker players in the World. Despise having never won a WSOP Main Event he has final tabled the Main Event five times including runner up position twice.

Cloutier plays a variety of poker games including Texas Holdem, Omaha, no limit or pot limit.

When talking about poker legends Doyle Brunson is sure to be the first name mentioned being an ambassador for the game for many years. Brunson was the first pro to reach the million dollar milestone for tournament earnings.

TexasDolly is still a living member of the Poker Hall of Fame, having won two Main Events back in the early days of the WSOP.

Johnny Chan prevented Erik Seidel from winning his first bracelet and only bracelet in 1988 when Chan defeated Seidel in the Main Event. Chan defended his title by win the Main Event back to back the following year.

In 1989, in attempt to win his third bracelet in a row, 21 year old Phil Hellmuth defeated Chan heads-up in the Main Event to win his first title.

Scotty Nguyen has a Main Event bracelet along with $11 million in career earnings being active for more than 30 years in cash games and the live poker tournament circuit.

Erik Seidel has never won a WSOP bracelet but is 2nd on the all time money poker list with over $26 million earned throughout his career.

Phil Ivey plays the biggest variety of poker games specializing in nine different varieties of poker and is one of the most feared players in the World. Ivey has won 10 WSOP bracelets to date.

Daniel Negreanu currently ranks in first place on the poker all time money list with over $32 million earned to date. He is an ambassador for the game and is the face of the World largest poker site PokerStars.

Johnny Moss still has the record of the most Main Event wins having three titles to his name. Moss won the first ever WSOP Main Event through election from his peers.

He played every WSOP from 1970 to 1995 (the year that he died) winning nine bracelets and 25 cashes. There were less bracelet events and players back in the early days of the World Series of Poker.