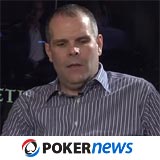 Lederer sat down and answered every question thrown at him, and sheds some light on the way the Full Tilt Poker operated including payment processing, segregated player accounts, and everything from the start of Full Tilt Poker and events leading up to Black Friday.

In The Howard Lederer Files Part 1, Lederer apologizes for his silence during the last 15 months stating:

"I just think now is the time for the poker public to get some answers to questions that they deserve to have answered; for them to get some facts that have obviously not been shared with them over the last 15 months.

"There were very good reasons why the company and the principals were not discussing these issues in public during the 15 months, but now that the deal has been completed, I think this is the time."

"It would be completely unfair to characterize the owners as, you know, greedy they just wanted a money grab and they wanted to take the players money, absolutely not true."