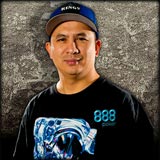 November Nine chip leader JC Tran has officially joined Team 888 Poker and will be representing the brand as an ambassador at future live poker events like the 2013 WSOPE Paris.

As 888Poker continues to expand so does the team of poker pros that represent them at the major live poker tournaments around the World.

This will get 888Poker a great deal of exposure when the 2013 WSOP Main Event final table returns in November and three of the nine players are wearing 888poker patches. 888 poker have already sponsored the 2013 WSOP live stream with advertisements being displayed to poker fans around the World excluding the USA.

Signing the Main Event chipleader is a very strategic way to get 888poker on prime time TV and to back one of the great poker pros of all time.

JC Tran only has two WSOP bracelets but more than 40 WSOP money finishes, 8 final tables at the World Series of Poker and a WPT title. He has also had great success playing poker online by claiming the 2006 WCOOP Main Event title on PokerStars.

The current 888 Poker Team is a force to be reckoned with, the team consists of:

Lets hope JC Tran brings home the gold for 888Poker when the final table returns on the 4-5 November 2013.

I am extremely excited to offically become a team member of 888poker. Looking forward to a great experience.

Watch the WSOP on ESPN TV every Tuesday for highlights of the Main Event and live broadcast of the 2013 WSOP Main Event final table.

888poker is one of the top ranking online poker sites with unique software which is available for just about every platform available: PC, iPad, iPhone, Android and more recently 888poker for MAC.

New players get $8 free when singing up plus a free tournament ticket to the 888poker Giant Freerolls.