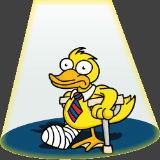 The Lame Duck Session Poker, congress will be deciding the laws for 2015 until mid-December with many high priority items on the agenda including a hearing on the Restoration of America's Wire Act.

If the anti-gambling bill is passed in congress, all forms of internet gambling including online poker will be prohibited nationally, despite current state laws where poker regulation has been approved such as New Jersey, Nevada and Delaware.

With Republicans owning most of the seats in the House of Representatives, the internet gambling ban could be passed as law.

Sheldon Adelson has a strong political influence on the policymakers as one of the biggest financial contributors to the Republican Party.

The bill for the internet gambling ban has been opposed by many including: Grover Norquist, Ron Paul, American Conservative Union and John Pappas who seek to have the bill rejected.

The Lame Duck Session Poker hearing is being pushed by Adelson and his team of anti-gambling campaigners as a must-pass bill before the end of December 2014.

Sheldon Adelson, CEO of the Las Vegas Sands Corp and mega-donor to the GOP (Republican National Committee) has paid out more than $100 million in donations to the Grand Old Party recently. Adelson is know as the 8th richest man in the world, is the biggest donator to Republican Party and has supported Republican candidates since 2012.

Online gambling is huge opposition to Adelson's land based casinos and a federal ban is his top priority and is willing to spend whatever it takes to ensure that any form of betting online is deemed as a criminal activity.

Adelson is using his political influence to ensure that a federal bill to ban internet gambling is passed in congress, the bill was written by Sands lawyer.

The Restoration of America's Wire Act was introduced to the senate committee by Senator Graham, Lindsey on March 26, 2014.

Sheldon Adelson is a Warmonger who encourages the USA to attack Iran with an atomic bomb as seen in the video below:

Grover Norquist, president of Americans for Tax reform has also opposed Adelson's Internet Gambling Ban, with a small group of conservatives that have written to lawmakers to reject the bill.

Preserve the authority of the states, (they) don’t need the federal government babysitting them. - Grover Norquist

Most Americans, regardless of ideology, oppose “crony capitalism” or “cronyism.” Cronyism is where politicians write laws aimed at helping their favored business beneficiaries. Despite public opposition to cronyism, politicians still seek to use the legislative process to help special interests.

For example, Congress may soon vote on legislation outlawing Internet gambling. It is an open secret, at least inside the Beltway, that this legislation is being considered as a favor to billionaire casino owner, Sheldon Adelson. Mr. Adelson, who is perhaps best known for using his enormous wealth to advance a pro-war foreign policy, is now using his political influence to turn his online competitors into criminals.

The elections brought major changes to Washington and US congress for poker players, Republicans have a stronger foothold in congress and have regained control of the senate.

A ban on online poker and internet gaming could have a stronger chance of passing in 2015.

I am confident that we can work with Republican and Democratic lawmakers, to convince them that prohibition is the wrong public policy for America.

Instead let them continue with what they already doing by licensing and regulating it or even better congress could step forward with it's own policies for a uniform regulatory regime for internet poker.

We have a more immediate threat with the lame-duck session, there have already been rumors that a hearing will be scheduled later this month or early December that seek to prohibit internet gaming.

The PPA is on high alert and asking every poker player to be on high alert between now and the end of the lame-duck sessions. Contact your lawmakers via email, phone call, facebook and twitter, and of course the most important contact of all, a face to face meeting.

Restoration of America's Wire Act - Amends provisions of the federal criminal code, commonly known as the Wire Act, to provide that the prohibition against transmission of wagering information shall apply to any bet or wager, or information assisting in the placing of any bet or wager (thus making such prohibition applicable to all types of gambling activities, including internet gambling). States that nothing in this Act shall be construed to: (1) preempt any state law prohibiting gambling; or (2) alter, limit, or extend the relationship between the Interstate Horseracing Act of 1978 and other federal laws currently in effect, the ability of a state licensed lottery retailer to make in-person, computer-generated retail lottery sales, or the relationship between federal laws and state charitable gaming laws.