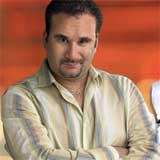 Mike Matusow is the first Full Tilt Poker pro to speak out about Black Friday, Full Tilt Poker situation and players being paid out. In a recent interview with QuadJacks which featured Mike Matusow, Daniel Negreanu and Tony G some interesting topics are discussed which may help shed some light.

While most of the FullTilt Poker pros & owners have all remained silent since Black Friday which is possibly the worst way to deal with the situation.

Mike Matusow aka The Mouth answers all the questions thrown at him and gives his honest opinions.

Mike "The Mouth" Matusow was recently interviewed by QuadJacks.com in a three hour discussion on Full Tilt Poker's current situation where they have lost their gaming license and have not yet paid out their players. Also joining Matusow on the show is Daniel Negreanu, Matt Savage and Tony G, Mike Matusow speaks openly in this interview.

Matusow who has been with FullTilt since it began in 2004, is confident that Full Tilt Poker will eventually pay players out and should be within the next few weeks and all the negative press reports aren't helping players get their money from the popular online poker room.

Matusow feels they way Full Tilt Poker have dealt with making decisions and communicating with their players has been wrong, but strongly believes that the owners are not crooks and are doing their best to rectify the situation. Matusow also mentions that there is nobody in the company with more power in making decision than Ray Bitar followed by Howard Lederer and Chris Ferguson.

He also mentioned that Full Tilt Poker spent approximately $15-20 million every month in promoting the brand, up to 60% of players money is used to grow the company which is normal for most businesses. To repay all the players would be a long process as they do not have that amount of cash on hand to pay out as fast as PokerStars did.

PokerStars managed to pay out more than $120 million within a week after an agreement was made with the Department of Justice. While FullTiltPoker had made the exact same agreement with the DOJ raising the funds to pay out players would take alot longer than their competition. PokerStars owner Isai Scheinberg is a multi-billionaire who could have paid out players out of his own pocket to keep the company's name in the good books.

We can only hope that FullTilt Poker players will be paid out soon and that time will mend the company's image and restore the customers trust and they continue to play at one of best online poker rooms.