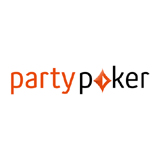 The new PartyPoker software will launch this August, the long awaited software update will include new features and social integration focused on recreational poker players.

Party Poker will also re-branded their logo to something completely different, with an orange and black theme.

The new PartyPoker will feature something fairly unique to online poker, players will be able to win extra cash by completing missions and poker achievements.

Party Poker will also introduce a new social experience for players, play against your friends or make new friends at the poker tables.

PartyPoker have had a major decline in traffic in 2013, while silently in the background software developers have been working on improving the Party Poker software.

The new Party Poker is expected to be released sometime this August with features that are targeted at pleasing recreational players looking to play poker in a friendly social environment.

Players can participate in special missions and unlock achievements to win cash and bonuses, similar to Zynga Poker and other poker games available on the social networks.

The PartyPoker lobby has also had some improvements including a simple user-friendly layout with a one click quick seating option to access all your favorite online poker games.

The Party Poker App is also worth downloading if you have an Android device, the PartyPoker Android App is a free poker app which has both practice and real money modes.

Take your poker game to the next level and practice your poker skills anytime, anywhere with the PartyPoker app.

Players can instantly fold their poker hands as they are dealt and then move to a new random table for their next hand against a different opponents.

FastForward Poker is available on both the PC software as well as the Party Poker Android app.

Use the Partypoker bonus codes when signing up for a new player account on PartyPoker, players are issued bonuses based on their country or currency.