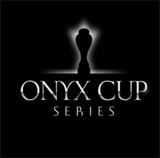 Full Tilt Poker have launched a new High Stakes Poker TV show called the Onyx Cup Series, which will feature a series of televised tournaments which buy-ins ranging from $100,000 to $300,000 and prize pools expected to be more than $30 million dollars.

Players can qualify for their seat to the series online at FullTiltPoker from 15 March 2011.

This may well be Full Tilt Poker's comeback to the recent politics between Tilt and Stars on the High Stakes Poker sponsorship.

The Onyx Cup Series will feature top poker pros, the Series will kick off in Vegas from 11 May 2011 and the first event will feature Howard Lederer, Erik Seidel, Chris Ferguson, Erick Lindgren, and John Juanda.

The Onyx Cup is a series of High Stakes Poker tournaments with buy-ins ranging from $100,000 to $300,000, the series will consist of six live poker tournaments including a Grand Finale which has an additional $1 million added by the sponsors.

Throughout the series players must earn points to rank in the Series leaderboard, only the top three players in each event will earn points. The player who scores the most leaderboard points will be crowned the Onyx Cup Champion. The winner will receive the Onyx Cup plus a sports car.

The series will be filmed and broadcast from three different locations in Europe, Asia and the United States, players can start playing qualifying online poker tournaments starting from today.

Recently Full Tilt Poker decided to pull their team members from the High Stakes Poker TV Show, the decision came about when Pokerstars got the sponsorship for the show and bought the rights previous episodes of High Stakes Poker.

The reason FullTiltPoker pulled their pros was due to the fact that viewers maybe confused that the Team Full Tilt Poker pros were sponsored by PokerStars.

The decision may have been in the best interest for Full Tilt Poker, because of the recent slandering of High Stakes Poker Season 7. Many viewers were not impressed with several changes on the Poker TV show.