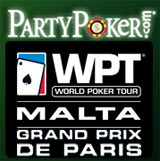 PartyPoker have an interesting line up of upcoming live events for the World Poker Tour (WPT) in Malta and Paris that can all be entered into for free with the added bonus of the PartyPoker Summer Million and Summer Superstars events which also have free entry for those wishing to slog it out the long hard way. 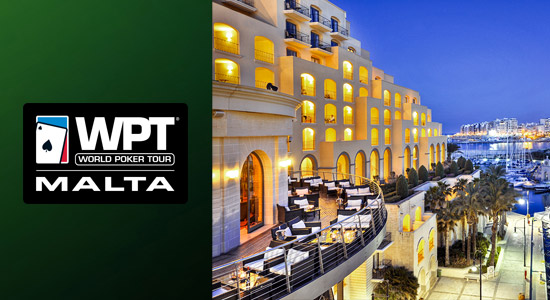 Play poker in Malta in the WPT with PartyPoker's luxury $6,500 prize package!

The World Poker Tour returns to Malta for five days of sunshine on the Mediterranean island from 16th–20th September 2012.

Stand a chance of winning a WPT bracelet at the Casino Portomaso in St Julian's, Malta

To win a prize package to the Malta WPT event simply join one of the satellite tournaments or freeroll your way into the final with freerolls running daily at PartyPoker. 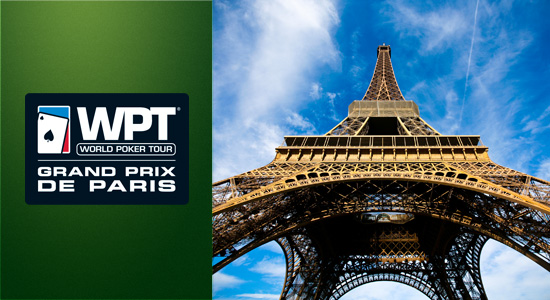 The WPT Grand Prix de Paris will be held at the Aviation Club de France in September win a $13,000 prize package with PartyPoker.

The packages includes a place at one of the most prestigious events on the World Poker Tour while you get to experience all that Paris has to offer with access to the exclusive WPT Players’ Party. Plus, extra activities, from boat tours to go-karting.

To win a prize package to the WPT Grand Prix de Paris event simply join one of the satellite tournaments or freeroll your way into the final with freerolls running daily at PartyPoker.

The Summer Superstars promotion is running until Aug. 19. The highest PartyPoints earners will win a share of $5,000 every day and someone will even find themselves winning a package to a World Poker Tour event!

PartyPoker's $1,000,000 guaranteed PartyPoker Summer Million someone will be walking away with a potentially life-changing sum of money; it may as well be you!