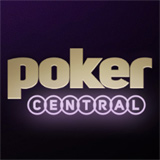 Poker Central channel will launch as a 24/7 Poker TV Network later this year providing poker fans with coverage from poker event around the world.

When Poker Central channel launches it will be the only 24/7 Poker TV network in the World with coverage of the biggest poker events. The network is situated in Las Vegas, Nevada at the heart of all the action.

Poker fans can expect the best coverage of events around the World with tournament updates, interviews, poker tips and much more.

Poker Central channel will be sponsoring one of the biggest poker events in 2015 and will be airing the Super High Roller Cash Game Show in November when the network launches.

The Super High Roller Celebrity Shootout Show will premier on the NBC Sports Network on 29 June.

The Super High Roller Bowl Show will premier on the NBC Sports Network on 28 August.

For more information about the Super High Roller Bowl 2015 visit the website: superhighroller.com

For more information about Poker Central visit the website: pokercentral.com