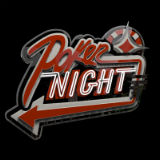 Poker Night in America sponsored by 888poker is a new poker TV show which features some of the best poker pros in the industry in a televised cash game.

The poker TV show is available for free streaming on YouTube and broadcast on CBS Sports on Sunday nights brought to you by Rush Street Productions.

Each episode is filled with highly entertaining action including prop bets, Phil Hellmuth in a baby costume and some great poker hands.

Poker fans will definitely enjoy the shows content, Poker Night in America delivers the best in poker entertainment with more focus on the fun side of playing poker.

The first six episode of Poker Night in America features 12 hours of cash games filmed over two days, each episode is jammed packed with action in short 22 minute episodes.

The minimum cash game buy-in is $5,000 with blinds at $25/$50 with an optional straddle of $100. The first season was filmed at Turning Stone Resort, Verona, New York with Chris Hanson as the TV show host.

888poker have have helped fund the poker TV show in a mutually beneficial partnership as 888poker are licensed to operate legally in New Jersey.

Before the filming of the 2nd season began players had to compete in an 888 Poker Home game in the Hotel lobby, the first place prize was very interesting.

The winner got to decide the seating positions of the players in Season 2 as well as choosing the outfit which the first player out must wear during the session.

Jessica Dawley was the winner of the 888 Poker Home game and selected a full baby costume for Phil Hellmuth to wear which included: a bib, bonnet, bottle and rattle. 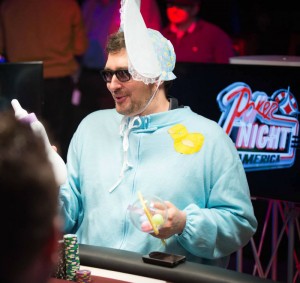