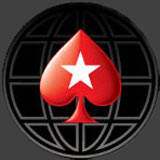 In the ever changing world of online poker with the challenges it presents in terms of licenses and each country’s unique laws and legislation regarding online poker, Pokerstars the current world leader in poker traffic have needed to adapt their approach to retain their coveted crown of busiest poker room online.

We suspect 2012 will continue to bring out new laws and legal requirements for poker rooms to adhere to.PokerStars have done remarkably well despite being closed to the USA which was for many years was their main source of revenue.

In order to accommodate the changes and comply with local legislation, PokerStars have obtained licenses in those regions permitting them to do so and have opened several foreign domains to cater for the demand. In doing so, PokerStars now offer several new bonus codes which are region specific.

On the downside it can be a bit tricky for players not knowing where they can or are meant to play at this article will cover the basic information about PokerStars worldwide and the bonus codes they offer per region and respective domain suffix.

The up side of covering so many regions is that PokerStars now supports many languages by default and by doing so is making online poker truly global.

The following PokerStars domains use the first deposit bonus code STARS600 when making your first three deposits within 90 days, simply use STARS600 when making your first deposit at PokerStars to get a 100% deposit match bonus up to $600/€465/£390/CAD $625 the currency is dependent on your chosen base currency and players have 6 months to clear the bonus.

The PokerStars bonus is cleared in increments of 10 of your base currency requiring 17 times the bonus amount to be earned in player points (VPPs) to fully clear.

• The main domain for PokerStars Internationally.

PokerStars mirror of the International Site in English: pokerstars.eu

• The EU mirror of the main international site.

PokerStars mirror of the International Site in English: pokerstars.bg

• PokerStars Portuguese site for Portugal only, for other Portuguese e.g. Brazil use: pokerstars.com/br

• For other Spanish language countries use: pokerstars.com/es/

• PokerStars in French language, for France see PokerStars.fr below

• PokerStars is closed to America and no longer allow Americans to sign up, deposit or play at their site due to local legislation. It is rumored that some USA players use virtual private network (VPN) to play but anyone caught playing from the USA will have their poker stars account frozen.

Pokerstars.be the Belgium version of PokerStars offers first deposit freerolls, use the bonus code ‘FIRSTBE’ when making your first real money deposit, and for every €10 deposit, get an Instant Reward Sit & Go ticket with a guaranteed prize value of €10. Once you've made your qualifying deposit for the First Deposit Freerolls, an Instant Reward Sit & Go ticket will be added to your account for every 220 VIP Player Points (VPPs) you earn.

PokerStars.dk is Denmark's new version of Pokerstars in Danish players need to use DK100 as their bonus code to get a 100% up to $600.

PokerStars.fr, players from France should use BONUS500 as their deposit bonus code at PokerStars.fr to get a 100% up to €500 bonus when depositing for the first time.

Pokerstars.it the Italian version of Pokerstars for Italy, use Pokerstars.it bonus code bonus1000 to get a 100% up to €1000 sign up first deposit bonus.

Pokerstars.es the licensed version of Pokerstars for Spain, use Pokerstars.es bonus code EURO500 to get a 100% up to €500 first deposit bonus.

pokerstars.net - The free money version of PokerStars as seen in many TV ads.

Pokerstars at times may offer reload bonus codes, these are usually sent out by email to existing players or can be seen in the lobby or on their website. We will publish any PokerStars reload bonus code in 2012 on our site once details are announced. Reload bonuses give players an additional deposit bonus for reloading their account when depositing at PokerStars.