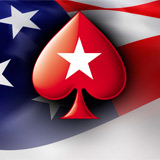 PokerStars New Jersey is the first time the online poker giant will set its foot back into the USA poker market since Black Friday.

Under new ownership of Amaya Gaming the poker site was allowed back into the US regulated poker market and finally there is a launch date: March 21, 2016.

The PokerStarsNJ.com website have announce a massive $25K We Are In New Jersey Freeroll scheduled for March 27.

Former players of PokerStars that are based in New Jersey have until May 31, to re-register and resurrect their previously registered screen names.

PokerStars New Jersey is just a few days from launching and players can expect the return of their favorite online poker room under the new ownership of Amaya Gaming.

There has been no launch date released until now, previously CEO of Amaya Gaming, David Baazov stated that it was expected to happen in the first quarter of 2016.

When PokerStars returns to New Jersey, players can expect more than just an online poker platform as the brand have since introduced a selection of online casino games and new poker game Spin & Go. When first launched, casino & Spin & Go, players weren't too impressed with the additions of these new games as they were more luck-based than skilled games.

It only makes perfect that that did as online casino games up to seven times more popular than online poker especially in New Jersey.

If you previously had an account on PokerStars you can claim your old PokerStars screen name before May 31, simply register a new account using your old username and password. You'll also get a special welcome offer based on your previous playing history.

American players have yet to discover the new online poker game that is PokerStars Spin & Go, a three-player jackpot tournament where players can randomly win up to 1000 times their buy-in amount. The tournaments are very fast-paced and only last a few minutes, so far there have been several PokerStars millionaires from the new format.

Since Black Friday there have been some advances in poker technology and PokerStars is now available on most platforms including smartphones and tablets.

For the first-time New Jersey players will be able to play legal regulated online poker at their favorite poker site, PokerStarsNJ.com.