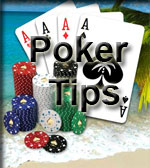 Moving All In preflop as the first to raise is silly regardless of the cards you may have, going all in preflop narrows the chances of anyone playing the hand and accumulating a larger pot and generally you will only be called by other top hands thereby reducing your chances and equity.

The inverse of raising to the minimum is poor poker as chances are you will be giving the big blind great odds to call you besides almost no pro players make minimum raises preflop.

There are of course always exceptions to this rule, as poker is a game in which many different styles of play can prove to be successful, however it’s important to understand that minimum raising preflop is unorthodox play that requires exceptional post flop abilities.

With the aforementioned in mind,  improve you preflop play by following these guidelines:

How to adjust your preflop raises when there are antes + blinds:
When antes are included in the pot, your raises should be slightly higher than versus if there are no antes. This is simply because the pot is bigger and you should do more to protect it.

Preflop raises should now be at 3.5 to 4 times the big blind with antes in play, than if they weren’t. However there are times when a 3x the BB raise will have the same effect as a 4x the BB raise in which case you should usually make the smaller raise.

Playing preflop by stack size
If the blinds are set at 100/200 and you find yourself somewhat short stacked with 1200 in chips, then a normal raise amount would be 600. However it’s crazy to simply put only half of your of your stack into the pot.

Because of this, the proper raise is to move all-in In general if you are raising more than 1/3rd of your chips preflop, it’s usually best to simply put them all in the pot for the simple reason of getting more fold equity with the larger raise amount, never simply make your raise with a short stack then fold as at this stage whatever you play needs to be put all-in regardless of how poor your odds of winning the hand are once you decide to play the hand move all in or fold.

Limpers in the pot

Of course these are not ironclad rules, but the concept is that you should raise more based on the number of callers you have in front of you and the larger pot size to increase your win equity. Sometimes with 2 or three limpers it can even present a great opportunity for a bluff especially by making a 5-6 times BB bet chasing what in most cases are weaker hands out the pot right away.

Larger raise or a smaller raise?
Late into a tournament, there comes a time when you may no longer need to raise for 4x the BB, even with antes in the pot, when faced with an extremely tight player who will either fold or reraise you regardless of your raise amounts you may achieve the exact same effect if you raise 3 x BB than if you where to raise 4 x BB it then makes sense to raise to the smaller amount lowering your risk to achieve the same net effect.

However when exercising this be aware of not getting into a habit of making smaller raise amounts as every pot is of utmost importance at this late stage of the tournament when you really don’t want to do anything to convince people to make moves or call your bets, when you are not holding extremely strong hands.

Hopefully this bit of advice on playing Preflop Raises in No Limit Hold'em helps to improve the overall strength of your poker game.