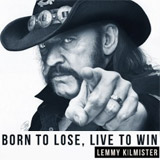 RIP Lemmy Kilmister, passes away at age 70 from aggressive cancer after being diagnosed just two days before his death.

The rock legend more famously known by the poker community for the poker anthem Ace of Spades by Motörhead which featured on most poker players playlist.

Motörhead were currently on their 40th anniversary tour in Europe and had taken a short break until January. Lemmy was all about drugs, sex and rock n roll and inspired many rock, punk, blues and metal bands.

Shortly after his 70th birthday on Christmas eve Lemmy Kilmister had received the news that he had an extremely aggressive cancer which took his life just two days later.

Thousands of fans from around the World took to social media to post their condolences and favorite Motörhead song to respect his 70 years of life. He was regarded as the forefather of metal although he was too humble to accept it.

Known to always have a cigarette in his hand and a Jack Daniels in the other, the bass playing frontman with raw raspy vocals had a unique sound.

More recently Lemmy switched from Jack and Coke to Vodka and orange juice because he had diabetes. He never married and was said to have slept with over a thousand women in his lifetime.

There is no easy way to say this…our mighty, noble friend Lemmy passed away today after a short battle with an extremely aggressive cancer. He had learnt of the disease on December 26th, and was at home, sitting in front of his favorite video game from The Rainbow which had recently made it’s way down the street, with his family.

We cannot begin to express our shock and sadness, there aren’t words.

We will say more in the coming days, but for now, please…play Motörhead loud, play Hawkwind loud, play Lemmy’s music LOUD.
Have a drink or few.
Share stories.
Celebrate the LIFE this lovely, wonderful man celebrated so vibrantly himself.
HE WOULD WANT EXACTLY THAT.
Ian ‘Lemmy’ Kilmister
1945 -2015
Born to lose, lived to win.