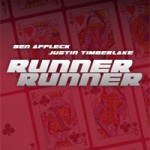 Runner, Runner is a new poker movie written by Brian Koppelman and David Levien, famous for their work on Ocean's Thirteen and Rounders.

The movie stars Justin Timberlake as Richie Furst, a student of Princeton who becomes successful at online poker until he loses his tuition money gambling.

He suspects that the poker game was rigged and follows it up by traveling to where the offshore poker site operates, Ben Affleck plays the role of the corrupt businessman who runs the lawless operation.

The action-crime-thriller will be released in the US on 27 September 2013, read more to see the Runner, Runner movie trailer.

The Runner, Runner movie trailer is out, check the highlights of the movie below. 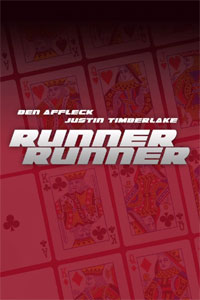 Timberlake has to gamble his tuition money on online poker to survive, his successful run ends and he suspects that he was cheated out of his bankroll.

He then takes action by moving to the island where the online poker site operates. He confronts the business owner, Ben Affleck who offers him a well paid job in the company.

Timberlake realizes that he's mixing with the wrong crowd when the FBI start to harass him for his affiliation with lawless gaming company.

The film uses Puerto Rico as the location of the island on which the online gaming site operates.

Looks like we can expect tons of action and twists plus there crocodiles being used by the poker mafia to get rid their victims.

And of course the most popular poker movie of all time, Rounders 1998, here's the famous final hand scene with Matt Damon.