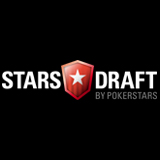 StarsDraft Fantasy Sports - PokerStars have enter the market of fantasy sports after acquiring Texas based company Victiv who already have a platform and player database.

The re-branding is expected to be done and ready for the 2015 NFL season and will also offer baseball, basketball, golf and hockey to sports fans in selected regions.

PokerStars have been looking into the fantasy sports for quite sometime and decide to acquire an established brand instead of building a platform from scratch.

The fantasy sports industry is a growing market which is lead by DraftKings and Fan Duel, it would be interesting to see who takes the lead in the upcoming months.

Amaya Gaming have acquired another asset to add to their list of gaming products which also include the popular poker platforms: PokerStars and FullTilt Poker.

Their latest asset StarsDraft will be the home of the Fantasy Sports website which will launch in the last quarter of 2015. The platform will be available to several US states and countries around the World.

StarsDraft will be available through the PokerStars lobby to selected regions shortly after launching as an independent product. Victiv are a fairly new company who launched the brand less than a year ago will control the operations with support from Amaya.

“StarsDraft will combine Victiv’s innovative platform and experienced DFS team with Amaya’s expansive consumer base and operational excellence as the world’s preeminent online gaming brand, We intend to capitalize on what we believe is strong crossover between online poker players and daily fantasy sports. PokerStars is the most-trusted brand in online gaming and brings unmatched security, customer support and technical infrastructure that we believe all players can rely on.” - Matthew Primeaux CEO of Victiv

Amaya have not yet received a gaming license to operate in US regulated markets yet but are busy preparing for when they are approved later this year. They have just completed a successful campaign in California where they were raising awareness for poker regulation in the state.

The tour visited several card rooms around California with Daniel Negreanu and Vanessa Selbst being spokespersons at the events. The goal of the tour was to get poker fans to contact their congressmen and raising awareness with Californians for Responsible iPoker.