Player traffic at FullTilt Poker has been on a rapid decline as measured by their cash game traffic according to the stats found on Pokerscout an independent poker traffic stat tracking site.

The once popular poker room Full Tilt, find themselves occupying the number four spot in global poker traffic stats since being reopened under the control of PokerStars.

When FullTilt Poker reopened back in November 2012, albeit without their USA players, they immediately catapulted back to their original second place spot that they had occupied prior to closing and it certainly seemed like Full Tilt  were back on track to maintaining steady traffic flow once again, however this traffic was short lived as many players simply cashed out their funds (USA players can only cashout now) and moved on to greener pastures including the likes of PartyPoker, 888 Poker and iPoker (Titan,Winner).

To a large extent, FullTilt Poker have created their own demise by offering players below par bonuses and thinking along the lines of PokerStars management who offer little in terms of player rewards.

One could always argue that PokerStars deliberately intended to crash Full Tilt Poker, doing so would surely improve their own position in the market with less competition.

END_OF_DOCUMENT_TOKEN_TO_BE_REPLACED 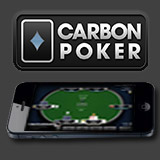 The Carbon Poker Mobile App has been released to a limited amount of players during it's testing phase and will soon be released to the public.

The Carbon Poker App currently supports play money games at this stage, real money games will be included when the app officially launches.

Players can sign-up to be a beta tester of the poker app which features No Limit, Limit and Pot Limit Holdem cash games for iPhone or iPod Touch.

CarbonPoker plan to add tournaments and compatibility for iPad and Android devices.

END_OF_DOCUMENT_TOKEN_TO_BE_REPLACED 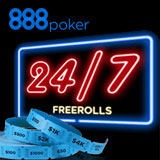 The 888 Poker 24-7 Freerolls start this February 2013 with more than $450,000 in freeroll prizes pools up for grabs. That's one freeroll tournament taking place every hour which adds up to $15,000 everyday this February.

Instead of offering one massive $10,000 Freeroll everyday, 888 Poker have increased the daily amount to $15,000 and split the prize pools amongst 24 daily freerolls which take place every hour.

END_OF_DOCUMENT_TOKEN_TO_BE_REPLACED 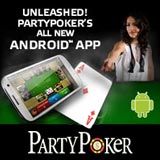 Party Poker Android is a new poker app which offers real money as well as play money poker games to players who own Android mobiles or tablets.

To play real money poker games on the Party Poker Android App, players must deposit and withdraw on the PC version of the PartyPoker software.

END_OF_DOCUMENT_TOKEN_TO_BE_REPLACED 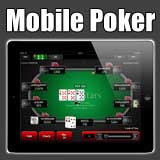 Download the best Poker Apps and play Mobile Poker Games on your portable device, read the poker app reviews before downloading the software.

Download Poker Apps from the best online poker sites and install on your Android, iPhone or iPad.

Play poker for free or real money poker games on the latest poker apps from 888Poker, PokerStars and BwinPoker.