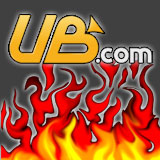 UB Poker formerly known as UltimateBet Poker may soon declare bankruptcy, the Cereus Network online poker room has suffered a 76% loss in traffic since Black Friday. Ultimate Bet Poker have reportedly laid off more than 95% of their employees as a result.

Emails were sent out to shareholders of Blanca Gaming, the operator of the Cereus Network stating that the company had no funds or income to support their current debts and no future payments can be made.

Ultimate Bet Poker, the popular online poker room for more than a decade, may soon declare bankruptcy or is this just a rumor?

Ultimate Bet Poker have been established since 2000, for more than a decade the popular online poker room has gained worldwide reputation with spokesmen/poker pros Phil Hellmuth and Annie Duke. The online poker room has had it's ups and downs when the UltimateBet Poker scandal was made public, Russ Hamilton a UltimateBet consultant created superuser accounts, which revealed opponents hole cards, cheating players out of an estimated $22 million.

Ultimate Bet Poker then re-branded to UB Poker firing all those related to the cheating with superuser accounts in the UB Poker scandal and reimbursing millions of dollars to most of the players who were affected. After regaining some trust by the poker industry and fixing security flaws in the software, Joe Sebok tried to mend their bad reputation by making all details public.

In April 2011 the FBI seized the domain names of the top three online poker rooms in what is now known as Black Friday. Since then both PokerStars and Full tilt Poker have made a deal with the US government to reclaim their domain names if they prevent US players from playing real money poker games on the software. Both sites also came to an agreement with the government that all American players should be able to withdraw any remaining funds, UB Poker has not yet accepted this deal.

Since Black Friday traffic of the three sites has dropped considerably with UB Poker suffering the biggest loss.

300 employees of the UB Poker operations center in Costa Rica have lost their jobs since Black Friday.

Is UB Poker bankrupt? Emails were sent out to Blanca Gaming shareholders confirming that it's company UB Poker are declaring bankruptcy the email stating that UB Poker had “no cash on hand and no prospects for any cash flow for the foreseeable future. Most importantly, Blanca Gaming has provided notice that it is currently unable to make any payments toward its debt obligations. Additionally, Blanca has further advised that there will be no future payments.”

UB Poker and Absolute Poker are on the Cereus Network operated by Blanca Gaming.

The fear that UB Poker is bankrupt is only a rumor and a spokesperson for the company responded:

"The apparent confusion over this issue stems from the fact that Blanca recently informed a debt holder, Madeira Fjord, that it was terminating debt payments to, and its relationship with them. As a result, Madeira Fjord apparently filed a notice of bankruptcy in Norway. This notice has no negative impact upon Blanca, the operating company, or its brands. As stated previously, Absolute Poker and UB continue to operate their non-U.S. facing business around the world."

”We regret that we have been compelled to take these actions. We have worked tirelessly to create a truly amazing company that is filled with extraordinary people. We have always been and still remain fully committed to our employees and players. At the same time, we are confident that this restructuring will strengthen the company and its future,"

UB Poker is currently working on an agreement with the US Government in which they hope to return funds to players as soon as possible.

UB Poker have since terminated the contract of 11 poker pros in team UB Poker, these pros include:

UB Poker have apparently made the decision to focus on the market outside of the US, with a huge loss in traffic they are probably unable to pay members of Team UB Poker. The pros will certainly battle to find new jobs and sponsorships given the current circumstances the poker industry is faced with. Joe Sebok has issued his final statement on PokerRoad regarding the matter.