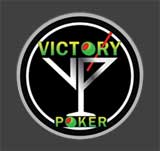 Victory Poker has decided to close it's doors as an online poker room and operate as a poker affiliate for CakePoker instead. The decision was made by the site owner Dan Fleyshman, all VictoryPoker player accounts have been moved over to Cake Poker since the 1st June.

Victory Poker are yet another victim of Black Friday, VictoryPoker stopped serving the US market, although the decision was made by Fleyshman despite the fact the Cake Poker Network continues to allow USA Poker players to play poker online.

Victory Poker was a new emerging online poker room which showed great potential within the first year of it's conception, with a long list of poker pros endorsing the brand which included Antonio Esfandiari, Andrew Robl and Sara Underwood.

Dan Fleyshman founder of Victory Poker has made the decision to shutdown his online poker room and focus his attention on marketing Cake Poker as an affiliate. One wanders if Fleyshman had spoken to Joe Navarro, a former FBI agent and consultant for VictoryPoker, to aid his decision in shutting down one of the biggest up and coming poker brands shortly after celebrating it's 1st year anniversary.

All Victory Poker players were sent an email informing them of the migration to Cake Poker.

Currently the Victory Poker website displays the following message: "Victory Poker has moved it's international player database over to Cake Poker. The Victory Poker brand will no longer serve as a poker skin but will continue forward as an affiliate site providing news, strategy, videos, and reviews."

As an Affiliate for Cake Poker, Fleyshman will no longer have to worry about being approached by the US government, and he will still earn a percentage of his current and future players which he refers to the network.

Fleyshman searched for a bigger network to host Victory Poker and almost made a terrible decision to move to the Cereus Network, with flagship sites UB Poker and Absolute Poker, lucky for Fleyshman he settled for Cake Poker Network although the traffic is very similar to Everleaf Gaming Network anyway with both networks accepting USA Poker players.

After moving Victory Poker to the Cake Poker Network Fleyshman blocked all US players following Black Friday poker room indictments, not long after Fleyshman chose to be a poker affiliate instead of a poker room owner.

Victory Poker had built up quite a reputation with some well known poker pros promoting the brand, at this stage we are uncertain if the pros have been moved over to Cake Poker as well.