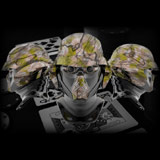 The War on Online Poker has been dramatically increasing in 2014 with the villain Sheldon Adelson ready to spend whatever it takes to get a federal ban to Stop Internet Gambling.

A new organization, The Coalition for Consumer and Online Protection, has recently launched a campaign to counteract Adelson efforts to discredit online gambling in the USA.

The C4COP embraces regulation as it will protect minors, prevent money launderers and end the black market as it is currently doing.

The War on Online Poker

Prohibition has never been the best solution, we just need to look back on history and see how it has failed in The Prohibition of Alcohol (1920-1933), The War on Drugs and now The War on Online Poker.

When something is prohibited it moves underground to the black market where the only ones who benefit from it's profits are the criminals who operate in a undesirable environment.

There are two sides to the current War on Online Poker and gambling in the USA, The Coalition to Stop Internet Gambling verses The Coalition for Consumer and Online Protection.

Headed by Sheldon Adelson, The Coalition to Stop Internet Gambling are “willing to spend whatever it takes” to prevent all forms of online gambling including online poker to be regulated and legalized.

Adelson has already drafted a federal bill to convince congressmen that online gambling should be prohibited in the USA, claiming that it: targets the vulnerable, threatens public interest, promotes underage gambling, funds criminal enterprises and international terrorism.

Adelson and his chain of Worldwide brick and mortar Las Vegas Sands casinos have already spent millions in fines for similar offenses which include:

More recently Steve Wynn of Wynn Resorts has sided with Adelson, Wynn were granted their license to operate in New Jersey and have chosen not too.

Steve Wynn was neutral on the subject before apply for the New Jersey license and since stated that he "agrees with Sheldon" and is now opposed to online gambling.

The Coalition for Consumer and Online Protection

The Coalition for Consumer and Online Protection is a new pro-regulated online gambling organization which is headed by MGM Resorts International and the American Gaming Association.

The Coalition plan to oppose all prohibition on online gambling and Geoff Freeman, CEO of AGA stated that they are “dedicated to creating a regulated Internet gaming marketplace and preventing a federal ban of online gaming, encouraging Congress to embrace regulation as the best means to protect minors, detect money launderers and eliminate a dangerous black market.”

Alan Feldman, MGM Resorts Senior Vice President commented that “A move to make all Internet gaming illegal is absurd on its face, that would remove all law enforcement oversight and permit the unregulated black market operators the ability to grow.”

More information on the Coalition for Consumer and Online Protection can be found here.

No doubt more states will regulate online gambling in 2014 as things have run fairly smoothly in the three states that have.

The Coalition to Stop Internet Gambling responded to the launch of the The Coalition for Consumer and Online Protection by saying:

“The proponents of Internet gambling are selling a business model that will lead to spiraling debt and job losses for the middle class to deliver profits to giants like MGM and Caesars, the dangers of Internet gambling are many and varied. Online gaming sites have no proven protections for minors; they can be manipulated by terrorists and other bad actors to launder money; and they offer 24/7 access to bring a casino into every American’s home. Internet gambling is a bridge too far that Americans cannot abide.”

My response to that would be: The Coalition to Stop Internet Gambling are trying to protect their business model which also has many dangers associated with it and their ideals only benefits the Brick & mortar casinos which are putting online poker in jeopardy of another Black Friday.

American's should have the right to play poker and wager bets in the privacy of their own home and not prevented from doing so by these tyrants.