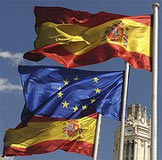 The 5th of June 2012 marked another day in online poker history as Spain awarded licenses to PokerStars, PartyPoker and 888 Poker who were among the most recognized online poker rooms of the 27 licenses awarded for online poker. Spain now joins the short list of European countries taxing online poker with the only other countries being France and Italy.

Licensing poker rooms for economically stricken European countries will go a long way in collecting much needed additional tax revenue, while the rooms seem only but eager to get into the action regardless of the expense as can be seen by the large amounts in back taxes that were needed for the mentioned rooms to be granted poker licenses in Spain.

PokerStars have yet to introduce all their poker games to the Spain with the current maximum table limits set to €0.50/€1 and Zoom Poker is still being held back from the pokerstars.es domain.

Little is known as of yet just how much PokerStars was required to pay the Spanish Government to be granted their license but the €200 million estimate seems to be mentioned quite often.

Bwin.Party the merged group comprising of PartyGaming (PartyPoker) and Bwin needed to fork out a massive 33.6 Million Euros ($42 million) in back taxes to be granted their Spanish license while 888-Poker needed to cough up €7.4 million and some €1.3 million in surcharges and interest.

While it may all be well opening and regulating the online poker industry the major question is if players will actually join these regulated rooms with stringent government enforcement and insanely high tax rates will this be the death of online poker?

There have been reports that Italian and French poker rooms are struggling to show profits with players not so keen with the way in which the system has been implemented. This can be seen in the PokerStars.it 6 month trend at pokerscout where PokerStars.it traffic has been on the decline over the last few months with the average players online now around the 1700 mark versus a peak of 2700 three months ago and slightly lower than six months ago.

It is even more apparent for PokerStars.fr the 6 month trend is pretty much a straight downward pointing curve from about 1800 average players online to 1200 currently.

The newly licensed operators in Spain are required to pay 25% on gross gaming revenue with players’ winnings being subject to income tax starting at 24% with losses from gambling not being able to be deducted from winnings as an expense making a bit of a joke out of Spain’s new gaming law, unless there are plans to change it in future.

While regulating and licensing online poker can most certainly be a positive for all concerned from players to governments with players getting the advantage of protection from the law and governments earning a bit of extra in tax revenue, but the sad part to this whole story so far is the way in which these taxes have been introduced they may well be killing online poker for good.

One begs to ask the question of why they can’t just charge 4-7% of gross rake revenue which will still amount to an absolute fortune over years instead of trying to make as much as possible as quickly as possible by biting off the hand that feeds and encouraging players to seek ‘illegal’ unlicensed alternative poker rooms.

In conclusion, let’s hope that the USA government learns from the mistakes that the European poker regulators in Italy, France and Spain have made when it comes to the gargantuan taxation these countries have imposed on their poker playing citizens. In short playing poker in any of these newly regulated countries makes long term winning pretty much impossible even for the most astute poker player.

One Response to Will Poker Taxation Kill Online Poker??