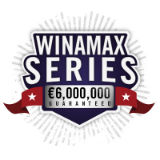 The Winamax Poker series offers a selection of 76 guaranteed poker tournaments including the Million Event which has three starting days.

European poker players will get the best value for their buy-in with decent overlays on offer from Winamax.

Sign-up and get a 100% first deposit bonus up to €500, the Winamax software is available for PC, MAC, Linux, Android, iPhone and iPad.

The Winamax Series 2014 is bigger than ever before, the10th edition of the online poker series of tournaments returns in September with over €6 million in prize pools to be won.

Satellite tournaments are running daily offering players the chance to qualify for the Winamax Series X for a fraction of the direct buy-in amount.

The Million Event has three starting days which run from the 14-16 September, players surviving Day 1 will go through to the next stage.

Winamax are increasing the value of the series by adding two special Sunday Surprise tournaments which both feature a low buy-in of only €10. 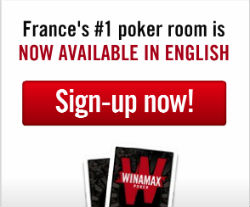 There are also two special edition KILL’EM ALL bounty tournaments where players can claim bounty prizes for eliminating a WIP (Winamax Important People). The bounty prize increases based on how many players are left in the tournament and for knocking-out multiple WIPs.

Both tournaments will take place at the same time one tournament is NL Holdem and the other is Pot Limit Omaha. The PLO bounty prizes will be reduce by half the amount listed.

Don't miss out on the action play for your share of the prize pools in the Winamax Series X this September 2014.