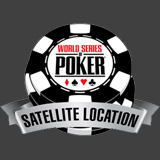 888poker are the only poker site hosting the official WSOP online satellites 2016 with qualifying tournaments running 24/7. For two consecutive years 888poker will be the official sponsor of the World Series of Poker.

The partnership between the companies has inspired a special new WSOP event, the Crazy Eights 8-Handed Event 54 and features a buy-in of $888 and a guaranteed first place prize of $888,888.

Start qualifying for your prize package or seat to the biggest live poker event of the year with 888poker WSOP online qualifiers starting from an insanely low 1¢.

The 2016 World Series of Poker features sixty-nine bracelet events running from May 31 until July 18, 2016.

The WSOP online satellites 2016 are now running in the 888poker lobby these qualifiers are available worldwide excepting for USA, Canada, France & Italy. As a proud sponsor of the World Series of Poker, 888poker are the only global poker site to offer official WSOP online qualifiers and promotions where players can win prize packages.

Last year there were 128 sponsored 888poker players entered into the Main Event which also included the 2016 WSOP champion Joe McKeehen.

New players get up to $88 free just for signing up for an 888poker account, plus free tournament tickets to the latest promotion.

Start planing your route to the World Series of Poker qualify online exclusively at 888poker.

The special Crazy Eights 8-Handed Event 54 is a new WSOP bracelet event where players can win their prize packages online at 888poker or buy-in direct on the day of the live event.

Start qualifying online through the 888Live & Major tournaments qualifying structure which start from just 1¢. Play through five steps to get your ticket to the weekly final every Tuesday night.

“888 is an important part of the WSOP family, both domestically and around the globe, We applaud 888’s commitment to market the game with unique offers and incentives around the biggest poker festival on the planet, and hope many online qualifiers have their dreams dealt in Las Vegas.” comments Ty Stewart, WSOP Executive Director.