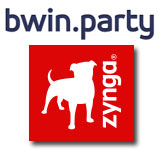 Zynga is the largest social gaming platform with millions of players in their database, the strategic move will see Zynga's UK players added to the bwin.party database.

bwin.party will provide the software and support for Zynga real money poker and casino games. The partnership will begin exclusively with UK players with the hopes to expand into other markets.

Zynga Casino will feature the same real money casino games that can be found on PartyCasino and BwinCasino.

The partnership between Zynga and bwin.party will bring real money games to the popular social networks. The development team are already working on projects which include a FarmVille slot game.

Zynga Real Money Poker and casino games will be available to UK players early 2013, one has to wander what impact the partnership will have on the bwin.party network since Zynga Poker play money stats leading PokerStars. 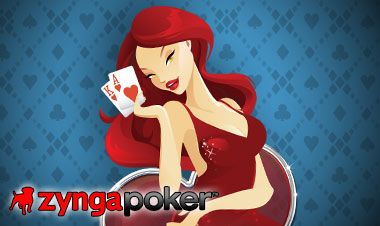 Zynga have been looking to add real money games for quite some time and were interested in the sale of Full Tilt Poker and the Ongame Network. Representatives for Zynga and bwin.party commented on the newly formed partnership.

Barry Cottle, Zynga’s Executive Vice President of Corporate and Business Development, said: “Bringing together Zynga’s expertise in social gaming with the top international real-money gaming operator is the best way to create the highest quality gaming experiences for our players in the UK. Partnering with an established leader like bwin.party is a strategic and prudent way for us to explore a key market while giving local players the real money games they’ve been asking us for.”

bwin.party CEO Jim Ryan comments “Zynga is the world’s leader in social games with hundreds of millions of active players and a significant presence in the UK. We are delighted to have been selected as their partner for this important step in their evolution and hope to expand our relationship into other products and markets.”