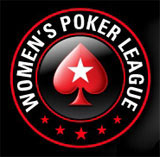 The 2011 PokerStars Women's Poker League starts today the 7th February 2011, female poker players can now play poker online against each other at PokerStars in a special women only Poker League with low buy-in tournaments and freerolls. Team PokerStars Pro Liv Boeree shows the boys how to play poker and takes first place in the PokerStars Sunday Warm-up.

Get a 100% first deposit bonus up to a maximum of $600 - double your deposit at PokerStars.

Female poker players can join in on all the action in the 2011 PokerStars Women's League which begins on the 7 February 2011, the Women's League features a series of online poker tournaments with low buy-ins as well as freeroll tourneys where woman can win extra cash playing poker online at PokerStars.

Play the daily Women only tournaments, players can also win seats to these events for free in the weekly Sunday poker freeroll tournaments without risking a cent. There are two separate divisions in the Women's League one for Europe and one for the USA, there is one PokerStars Women Live Event package worth $4,000 to be won in each division.

Cash prizes can also be won every month and year end for players who earn the most points in the Women's League, keep track of your ranking in the leaderboard. For more information visit our PokerStars Women’s Poker League page. 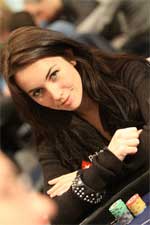 Team PokerStars Pro have some of the strongest female poker players in the world representing the Worlds largest poker room play poker online with the best which includes: