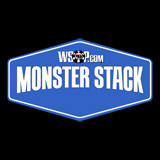 2017 WSOP Monster Stack Winner Brian Yoon has won over a million dollars for his first place finish in event 47 of the World Series of Poker.

The $1,500 buy-in event attracted a large field of 6,716 players all play for their chance at a huge payday in the four day event.

Yoon now adds a third WSOP bracelet to his collection as he has previously won the 2013 WSOP Little One for One Drop and 2014 WSOP Eight Handed event.

His total WSOP career earnings now sits at $2,777,523 after adding an additional million from his Monster Stack winnings.

One of the biggest events at the 2017 World Series of Poker has been won by 2017 WSOP Monster Stack winner Brian Yoon who was awarded his third career bracelet and $1,094,349 in cash.

Throughout his career he has achieved 22 cashes in WSOP events, every time he has reached a final table he has won the event.

It's been only three years since Yoon has won a bracelet after winning two WSOP bracelets consecutively in 2013 and 2014. This is his biggest win to date in his successful poker career at the World Series of Poker.