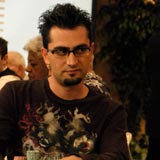 Antonio Esfandiari wins WSOP Big One for One Drop ($18,346,673) in the record breaking million dollar buy-in tournament. Sam Trickett was eliminated within 16 hands of being heads-up against The Magician, who has just made poker history.

Esfandiari now sits in first place on the poker all time money list as the most profitable poker player of all time, Phil Hellmuth also achieved his biggest cash of more than $2.6 million for his 4th place finish.

Antonio Esfandiari aka The Magician has won the biggest poker tournament in history adding $18,346,673 to his tournament winnings from a single tournament. The million dollar buy-in tournament had 48 poker pros and business men play for the biggest prize in poker.

Antonio Esfandiari was almost destined to win the prize as he maintained the chip lead on the final table with Sam Trickett not far behind.

Guy Laliberté finished in 6th place and was applauded for his efforts in organizing the charity event which donated $111,111 from each buy-in to One Drop, a charity which preserves and supplies water to countries in need. The 2012 WSOP Big One raised a total of $5,533,328 which will be used on projects in Honduras, El Salvador & Burkina Faso.

Phil Hellmuth was eliminated in 4th place by Sam Trickett, Hellmuth claimed his biggest cash to date of more than $2.6 million.

David Einhorn then finished in 3rd, he was playing for a charity organization called City Year and managed to win $4.352 million for the organization which helps educate children.

This left Antonio Esfandiari heads-up with Sam Trickett in a brief match that lasted only 16 hands. The final hand was a coin flip with Esfandiari hitting trip fives on the flop and Trickett with a flush draw, Esfandiari hand held up with no flush card to complete Trickett's hand on the Turn or River.

Antonio Esfandiari is in top position for all-time poker tournament winnings adding $18,346,673 to his career earnings. 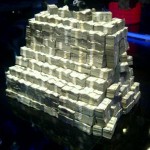