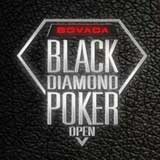 The Bovada Poker BDPO Championship Series 2015 runs from March 12th and April 2nd with 100 scheduled tournaments adding up to over $3 million in prize pools.

Qualifiers run daily giving players the chance to get entry to the events for less than the direct buy-in amount.

Get your share of over $3 million in guaranteed prize pools in the Bovada Poker BDPO Championship Series. Here are some of the reasons why you should play the BDPO tournaments:

There are also several game types available including: Holdem, Omaha and STUD, with a variation of heads-up, shootout, turbo and knockout tournaments.

Buy-in directly or start qualifying through the daily satellite tournaments to win your ticket to the Bovada Poker BDPO Championship Series.

New players signing up qualify for a Bovada Poker Bonus up to $1,000, Bovada will match your deposited amount with a pending poker bonus to the same value.

Bovada Poker only accept USA players excepting for players who are from states where online poker is prohibited or regulated states: Nevada, New Jersey and Delaware.