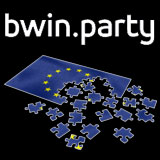 Bwin.Party are closing markets mostly in Europe, the company will now focus on marketing to just 10 European countries, this will affect all of the products on offer: poker, casino, bets and bingo.

The changes were brought about because of the instability of unregulated online gaming in these Countries.

Players who already have accounts can continue playing, this will only affect new player sign-ups.

Here are some of the Bwin.Party brands which will no longer be available: PartyPoker, PartyCasino, Partybets, PartyBingo, BwinPoker, BwinCasino and BwinSports.

Bwin.Party will instead focus their attention on countries which offer gaming licenses to operate. The company will acquire gaming licenses for new territories when they become available.

“Instead of acquiring new customers in more than 30 markets, we will focus now on around 10.” this he says will “reduce our exposure to regulatory shocks, that have had such an impact on our business over the past few years.”

The 10 European countries that can play on Bwin.Party include: UK, Denmark, Germany, Spain, France, Italy, Sweden, Belgium, Portugal and Russia.

In the past PartyGaming have always complied with the law which has dramatically affected the revenue of their online poker product.

The former number 1 poker site had it's first major blow when they withdrew from the US market when the UIGEA passed into USA law in 2006. The affects of this saw poker sites PokerStars and Full Tilt Poker become the largest online poker sites as they continued to accept US players.

In 2011 PartyGaming Merged with Bwin to form a bigger network and offer players a better product. The merging process took quite some time to complete, once completed the company has lagged behind in technology. PartyPoker have not made many major improvements to their poker software since 2008.

PartyPoker is currently ranked in 4th position in terms of poker traffic, the affects of blocking players should reflect on the traffic in the upcoming months. Bwin.Party closed it's doors to new player sign-ups to several European countries which went into effect on 1st May 2013.

The strategy of no longer accepting players maybe related to putting Bwin.Party first in line when licenses do become available in these countries.