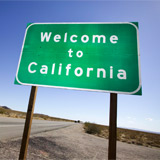 California Online Poker 2016 is looking very optimistic after the Assembly Bill 2863 was voted 18-0 in favor of regulated online poker in California on Wednesday.

A new version of the AB 2863 was introduced in February 2016 which included boosting the horseracing with $60 million annually.

Being the largest populated US state with over 38 million citizens, California will be a true test to see how online poker can be a benefit to the economy of the state.

PokerStars is still being opposed by Californian Indian tribes for the bad actor clause despise the recent change in ownership to Amaya Gaming.

Poker regulation in California has been debated by lawmakers for almost a decade but is looking like a strong possibility that the law will be passed in 2016.

After a two hour hearing this Wednesday progress has been made when lawmakers voted 18-0 approving online poker bill in California. The bill 2863 had some major changes which appealed to the Horseracing industry who originally opposed online poker.

Gray comments: "the projection of California’s online poker market is estimated at nearly $400 million, we haven’t seen a gambling market the size of California in the United States.”

The AB 2863 did not include a tax rate as it is still to be decided and how the $60 million would be generated to payout to the struggling horse racing industry.

In the hearing Gray revealed that there was about a million players from California who still continue to play poker online at unprotected offshore poker sites.

One of the rules of regulations that still needs to be addressed is which brick and mortar casino would be used to partner with the approved online poker sites.

Another huge obstacle is PokerStars California which is seen as a bad actor and opposed by the southern California Indian tribes. Gray has been working closely with the tribes to come to an agreement on the issue before the bill reaches the Assembly vote. PokerStars owing 70% of the worldwide poker market is most likely a threat to the tribes as they will no doubt have the monopoly of poker in California.

Despise the change in ownership to Amaya Gaming, PokerStars is being still penalized for operating in the USA after the 2006 Unlawful Internet Gambling Enforcement Act was introduced. PokerStars have since settled the issue with the government in 2012 although they never admitted to wrongdoing as it was a grey area at the time.

There are only 6-10 poker operators expected to get approval for a license to operate legally in California if poker is legalized. We could possibly see 888Poker, PartyPoker and PokerStars as the major poker sites approved for California Online Poker in 2016.