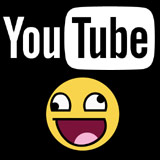 Watch these three crazy videos from YouTube this Week, just when we thought we had seen it all we came across these videos while trolling the web.

The first video features two Queens of clubs cards dealt on the flop in the Super High Roller Cash Game which took place at the Aria Casino last Tuesday.

Then Huck Seed verse Terrence Chan in a wrestling match prop bet which took place outside the Rio Casino during the 2015 WSOP.

This week it was revealed that the 2013 Guinness World Record for the Most Expensive Cocktail sold at Club 23 in Australia was actually cover-up in a casino heist.

The Super High Roller Cash Game at the Aria Casino had a very strange situation happen during the televised game sponsored by Poker Central.

Two queens of clubs were dealt on the flop and none of the players even noticed it while Dan Colman was in the hand against Doug Polk. Eventually the floor manager told the dealer and it was ruled as a dead hand.

Commentator Jamie Staples recognized the error while commentating on the hand which was streaming live on Twitch with a 30 minute delay. It seems that there may have been a error from the card manufacturer, notice how the two cards seem stuck together as the dealer tried to lay them down the flop.

Another crazy video which involves Terrence Chan verse Huck Seed in a wrestling prop bet at the Rio Casino. The small prop bet was that Seed had to last just 2 minutes in the ring with Chan who has experience as a MMA fighter.

The fight was broke-up by a security guard less than a minute as it was an unplanned event in the casino complex. Chan stepped away from the fight as he was still playing in the $10K limit event and didn't want to risk being detained.

Hopefully there will be rematch at a better location and more people betting on the action.

Guinness World Record for the Most Expensive Cocktail

In 2013 Club 23 broke the Guinness World Record for the Most Expensive Cocktail ever sold at AUD$ 12,500, the cocktail called The Winston was created by Barman Joel Heffernan consisting of the most expensive Cognac. The 1858 Cognac was from the same batch that Winston Churchill and Dwight Eisenhower drank on the eve of the D-Day landings.

Originally the purchaser of The Winston cocktail was going to be James Manning a millionaire from New Zealand. Plans changed when Manning pulled off a $32 million casino heist the day before the event and was expelled from the casino.

Manning had worked with casino staff to win eight hands in a row defying the odds and raising suspicion, all surveillance footage from the VIP room was not available which proved it was an inside job. His winnings were still in the casino and no charges were laid against Manning due to the publicity of the Guinness World Record event taking place the next day.

In a last minute decision the Casino PR team had to find a new buyer quickly, they used a casino regular visitor who was friends of the Casino, Giang Nguyen.

The casino struck a deal with Nguyen where he would sign for the drink and be quietly refunded for it, so it would not affect the Guinness World Record event. At the event Nguyen was not dressed like a millionaire and posed for the photos and only took about two sips of the cocktail for the press.