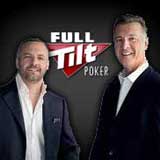 The top two online poker rooms have started new partnership deals which should help in the struggle to license and regulate online poker in the United States. Last week PokerStars formed a partnership with Wynn Resorts who effectively offered a safe gambling environment to US players for the last 40 years.

Full Tilt Poker plan to release information today on their recent partnership with Fertitta Interactive, owned by the brothers Lorenzo & Frank Fertitta who own UFC - Ultimate Fighting Championship & Station Casino Inc, a franchise of land based casinos in Las Vegas.

PokerStars have announced their partnership with Wynn Resorts, the main goal of the alliance is to legalize online poker by creating a new company PokerStarsWynn.com that can prove it can operate an online poker room in a safe and secure environment for it's US players with tax regulations than can help improve the countries tax revenues. 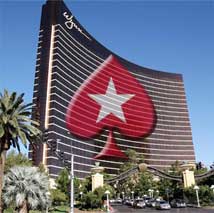 Wynn Resorts CEO Stephen A. Wynn comments: “After much study, we are convinced that the lack of regulation of Internet gaming within the U.S. must change. We must recognize that this activity is occurring and that law enforcement does not have the tools to stop it. As a company that has safely conducted gaming in the US for more than 40 years, we believe that the same can be done for poker on the Internet, Additionally, it is time that the thousands of jobs created by this business and the potentially significant tax dollars come home to the U.S.”

PokerStars have already acquired licenses to legally operate online poker in Estonia, Belgium, France and Italy. Players are charged a tax which generates revenue for their country, PokerStars is hoping to adapt the same principles in the United States operating under the name PokerStarsWynn.com.

Get 100% first deposit bonus up to $600 at PokerStars the biggest online poker room. 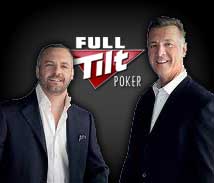 Full Tilt Poker and Fertitta Interactive have partnered up in a new alliance which aims to regulate and license online poker in the United States. Fertitta Interactive is owned by brothers Lorenzo & Frank Fertitta who are involved with UFC - Ultimate Fighting Championship and Station Casinos.

Full Tilt Poker will still be operating under the same name with more details being released later today.

The partnership with Tiltware and the Fertitta brothers aims to help with the passing of the law to regulate and license internet poker for US Players.

Full Tilt Poker have official licenses to operate in France and Italy, players from from those countries can legally play online poker with a tax in place to regulate it.