Plans are currently underway at Obama's administration to proceed with introducing internet gambling law for the USA, drafts of which can be expected as early as March 2009 which will be headed by Congressman Barney Frank (D-MA) who currently chairs the US House Financial Services Committee, the new online gambling legislation is set to address the vagueness of the previously passed (UIGEA) Unlawful Internet Gambling Enforcement Act.

Now that the $700 Billion bailout has been approved by the US Senate and the house of representatives, Washington can focus on internet gaming. Obama's team will be looking for any means available to help fund the massive bailout package and what better source than taxing internet gaming operators an industry in the USA worth potentially billions of dollars in taxes to the US government.

The Unlawful Internet Gambling Enforcement Act was introduced into US law as part of the unrelated Safe Port Act in 2006 which forced many operators to cease their business with Americans which had a major impact in regards to their revenues or lack thereof while the UIGEA also provided some operators a chance to forge ahead by continuing their operations as normal providing them with a massive advantage in terms of growth and market share with PartyPoker’s popularity the then online poker world leader being overtaken by the likes of FullTilt Poker and the current #1 online poker site PokerStars . The UIGEA laws were further substantiated by the leaving Bush administration when they approved a last minute midnight ruling on the issue on their way out of office 19th January 2009 a day prior to Barack Obama being sworn into the role of US president.

The enforcing of the UIGEA had the European Commission up in arms over alleged infractions incurred by the USA in regards to World Trade Organization agreements with several online poker sites being unfairly forced to abandon the U.S. market losing billions of potential revenue in the process.

Congressman Barney Frank's legislation is set to repeal the UIGEA and may include licensing and regulatory bodies controlling internet gambling in the United States thereby making it safer for its citizens by offering reputable organizations while simultaneously providing an excellent source of much needed tax revenue for the US government.

Let’s hope with Obama being a poker fan an agreement is reached that will benefit all poker players worldwide and provide Americans with the freedom to play their favorite past time game Texas Hold’em online as the most of the rest of the world is already privileged to.

The below suggestion was high on Obama's Change.com list of things to change if he were to win the election, the suggestions were voted on by the public.

"Let online poker players in the United States play legally and without fear of prosecution. Reform the Unlawful Internet Gambling Enforcement Act to exempt poker, a game of skill, from the law. Boost the economy by letting American companies and American players make money and pay taxes instead of sending online poker businesses offshore. Protect online poker players by regulating the industry to ensure that no one is ever cheated." 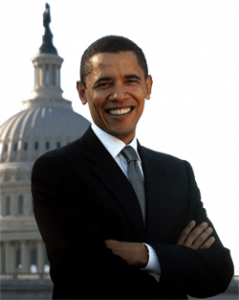