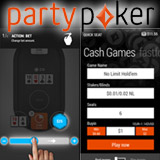 Get the Party Poker Windows Phone app on your mobile, the beta version of the app has been released and features gesture-based controls for actions during gameplay.

The new technology allows you to slide, drag, swipe and tap as your poker actions making game-play feel more realistic with natural motions.

The Party Poker mobile app for Android and iOS mobiles and tablets have all the games including SNGs, tournaments and cash games.

The beta version of the party poker windows mobile app has been released to UK players this month and there are plans to release the app in all other regions shortly after.

Play Holdem & Omaha cash games and fastforward poker on the Party Poker Windows Phone App, use a WiFi connection or your mobile data to play poker online. You'll also be able to make a deposit or cashout directly from your device. 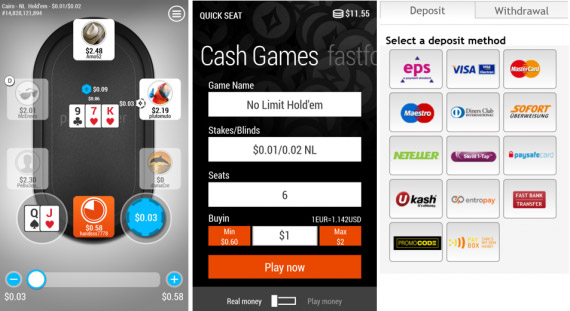 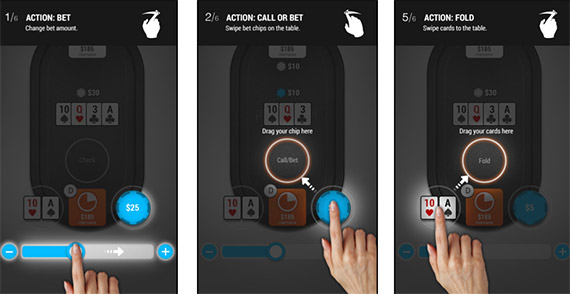 Check out the new gesture-based controls released with the Party Poker Windows Phone app, gameplay has never been this easy. Slide to increase and decrease bet size, swipe, slide and drag to call bets or fold a hand.

The game can now be played in portrait mode you can even play the game one handed on the Party Poker Windows Phone App. (We're not encouraging you to drive and play)

PartyPoker have been developing their poker apps with the latest technology and features and plan to release multi-table tournaments and much more on the upcoming releases of Party Poker Window Mobile. The Windows mobile app will soon be available for the rest of the World and regions where Partypoker operates, the app will be available for free download on the Windows App store in selected regions.

The Android and iOS versions of the Party Poker App have been out for some time with a selection of games that include: Holdem & Omaha cash games, SNG, multi-table tournaments and fastforward poker games.