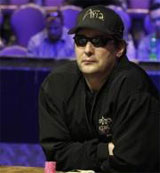 Phil Hellmuth has another 2nd place finish in the 2011 WSOP, this time it's not John Juanda preventing Hellmuth from winning his 12th WSOP bracelet. In Event #33: $10,000 Seven Card Stud Hi-Low Split-8 or Better Championship, Hellmuth managed to survive a tough playing field of 168 players and was eventually defeated Heads-up against Eric Rodawig.

Phil Hellmuth misses his 2nd attempt at winning a bracelet at this years World Series of Poker, although we have only reached the half way mark of the 58 events in the series. So far Hellmuth has cashed more than half a million dollars for his two 2nd place finishes, not bad even though he hasn't won Gold yet.

The playing field featured some of the top names in poker probably the most pros featured at a final table so far. With some fairly well known players making it to the top 5 places which includes Phil Hellmuth after his 12th WSOP Bracelet, John Racener 2010 WSOP main event runner-up, Ted Forrest also known for winning his dieting prop bet with Mike Matusow and High Stakes Poker French Poker pro David Benyamine.

Phil Hellmuth put up a good fight even though the chipleader Eric Rodawig maintained his 3:1 lead going into Heads-up. At least Hellmuth is taking it better this time around, he was devastated losing to John Juanda.

Phi Hellmuth Twitter - "Absolutely Played my heart out, but fell short of the 12th bracelet one more time: 2nd place again. Not as depressed this time though..." 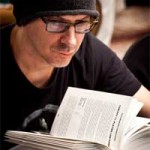 Learning to Play Poker at the WSOP

Many Poker pros have entered the not so popular WSOP tournaments in hopes to win a bracelet with great odds of winning up against a smaller playing field.

Players were spotted at the table reading up on the game that they were currently playing, possibly being inspired by players like ElkY who won his first bracelet playing a STUD tournament for the first time.

Phil Laak was seen at the tables with a couple of poker instructional books learning to play 7 Card Stud. You can never learn enough about how to play poker, they say "poker takes a day to learn and a lifetime to master".

Phil Laak cashed in 12th place winning $36,858, I guess those poker books must have paid themselves off? Another notable finish was Erik Seidel the SeiBorg finished in 13th place adding another $32,057 to his seemly unbeatable poker tournament career earnings.