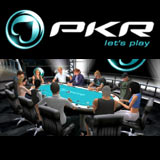 The PKR Super Series 2013 is currently underway, players can play for more than $120,000 in estimated prize pools between 25 July - 2 August.

There are a total of eighteen tournaments in the series, play more events to rank in the leaderboards and win additional tournament tickets.

The tournament series features low buy-in tournaments ranging from $1,50 up to $30 for the Main Event.

The 2013 Super Series tournaments are running daily at PKR, the series includes an interesting variety of poker tournaments which are affordable for most recreational poker players to participate.

Players can buy-in directly or win a seat in the daily satellite tournaments for a drastically reduced rate.

Download PKR - get a $500 deposit bonus for new players.

On top of the estimated prize pools players can win an additional $1,700 in tournament tickets by ranking in the top 30 positions on the leaderboard. Players earn leaderboard points for every Super Series tournament played in both tournament series.