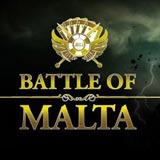 Get a 200% first deposit bonus up to $2,000 at CakePoker, satellites for the English Poker Open 2012 are also available.

The 2012 Battle of Malta poker satellites are running now, secure your seat to the latest addition to the live tournament circuit.The event takes place at the Protomaso Casino in St.Julian, Malta. With a guaranteed €150,000 on the line and a low buy-in of €550, this event is sure to attract players from all over Europe.

Cake Poker prize packages for the Battle of Malta are worth $2,500 and includes the following:

Battle of Malta satellites start from as little as 20c, weekly final satellites run from the 22 July 2012.

Before participating in this Cake Poker promotion make sure you read the terms and conditions first:

Winners must be at least 18 years or older to participate, and able to travel to St.Julian, Malta between 21st-25th November 2012. Players must make their own travel arrangements with the help of $700 transferred into the player Cake Poker account.

Only one prize package can be won per player, prize packages are non-transferrable. Qualifiers must wear Cake Poker merchandise throughout the entire event.

Prize packages are worth $5,000 and include 2012 EPO Main Event buy-in and cash for travel and accommodation.