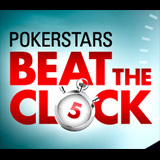 PokerStars Beat the Clock is a new type of poker tournament which lasts only five minutes, players receive cash prizes based on the amount of chips they have accumulated at the end of the tournament.

The new PokerStars SNG tournament uses the same technology as Zoom Poker, players are moved to a new table whenever they fold their hand, speeding up game-play.

In celebration of the release of PokerStars Beat the Clock tournaments there is a new promotion running where players can get $30 in tournament tickets when depositing at least $20.

The fast-paced tournament is suitable for mobile devices and players who only have a five minutes to play a poker tournament.

PokerStars Beat the Clock tournaments payout all players who survive the five minute clock countdown. The prize pool is paid out to the remaining players who all receive individual payouts for their chip stack size.

The goal of the SNG tournament is to obviously survive for just five minutes and accumulate as many chips as possible to get the most value for your buy-in.

Using the same format as Zoom Poker players can quick fold and move to a new table to play against different opponents every new hand dealt.

Game-play begins as soon as 48 players have registered just like a regular SNG tournament, for the launch only $1 buy-ins are available. 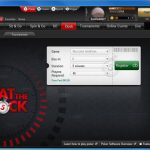 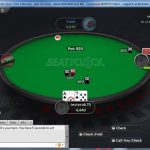 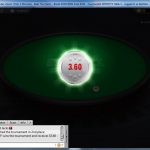 After five minutes of game-play the tournament will end and all surviving players will be paid out. With 48 players in each tournament the stack sizes add up to a total of 240,00 chips in play.

The system then cleverly calculates what each players payout will be based on their remaining chip stack size when the countdown timer has ended.

Make a first deposit of at least $20 and you'll get $30 extra in cash bonuses and tournament tickets to play the new PokerStars Beat the Clock tournaments.

The tickets are issued daily over the next six days after making a successful deposit, players must login daily to use these tickets or they will expire.

Here's what you'll get: